[Voices from Japan] No.08 Women and Labor – What is changing? How can we change? 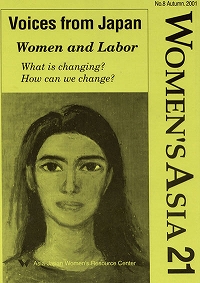 We Take Action against War
September 11th and feminists in Japan Hisako MOTOYAMA
A Call for global solidarity against global war Violence Against Women in War Network, Japan