2021/06/22
アジア女性資料センターは、フェミニスト視点からオリンピックに反対し、廃止を求めています。
As feminists, Asia-Japan Women’s Resource Center calls for the cancellation and abolishment of the Olympic Games.

On Olympics Day, June 23, we will organize a rally in Tokyo to resist the violence of the Olympic Games. We call for sisters around the world to send us (ajwrc@ajwrc.org) your solidarity messages, as well as your stories, experiences and analysis on what sport mega-events would bring on the lives of women and other marginalized groups.

more
As feminists, we already have enough reasons to oppose and abolish the Olympic Games. The Games have been used to justify mega-development projects and environmental destruction around the world, taking away public resources for people’s basic needs at the cost of most marginalized and impoverished people. The Games have ignited dangerous nationalism and permeated militarized security and surveillance in host nations in the name of world peace. Further, the Games have policed and intervened in women’s bodies to confine them into the narrowly defined two-sex model, prompting attacks against transgender women as well as women who have conditions known as “Differences in Sexual Development” even outside sports industry.

Now, the global Covid-19 pandemic added just another reason to take urgent action to stop the Olympics’ tyranny. The neoliberal capitalist developments in the past decades have put so many peoples’ lives and livelihood in Japan and around the world at risk by cutting public funds for vaccination and other medical treatments. Meanwhile, the world elites are planning to celebrate the luxurious sport spectacle in just a month in Tokyo. The International Olympic Committee (IOC) and the Tokyo 2020 Organising Committee (TOCOG) have turned a blind eye to the sufferings of those impacted by the earthquake, tsunami and nuclear disasters in 2011 and now they are forcefully pushing to stage the Games as planned despite the growing voices of concern.

We would particularly like to stress that gendered oppression has been at the center of preparation process of the Tokyo Olympics. As then Prime Minister Shinzo Abe tried to reassure the voting members of the IOC by saying, “the situation [in Fukushima] is under control,” those who voiced concerns over prolonged effects of radiation have been feminized and dismissed as “unscientific” and “irrational mothers.” This gendered oppression was even more apparent when Yoshiro Mori, then President of TOCOG, stated that “women talk too much” to suppress any critical voices in the organization. The TOCOG attempted to cover up the display of sexism by replacing Mori with a female president and adding more female members to the committee (*). However, this “pro-women” face of Tokyo 2020 does not compensate the severe damages it has brought on women. The Japanese government is accelerating vaccination drive towards the Olympics by mobilizing thousands of nurses without addressing indecent working conditions nurses are facing due to the budget cuts in public health. The enormous public debts left by the Olympics will undoubtedly result in further cuts in public services, which will increase the burden on feminized people who are overrepresented in unpaid/underpaid care work.

We would appreciate your solidarity messages as well as feminist stories and analysis on the gendered impacts of the Olympics and other sport mega-events. Please share this call widely and send your messages to ajwrc@ajwrc.org. 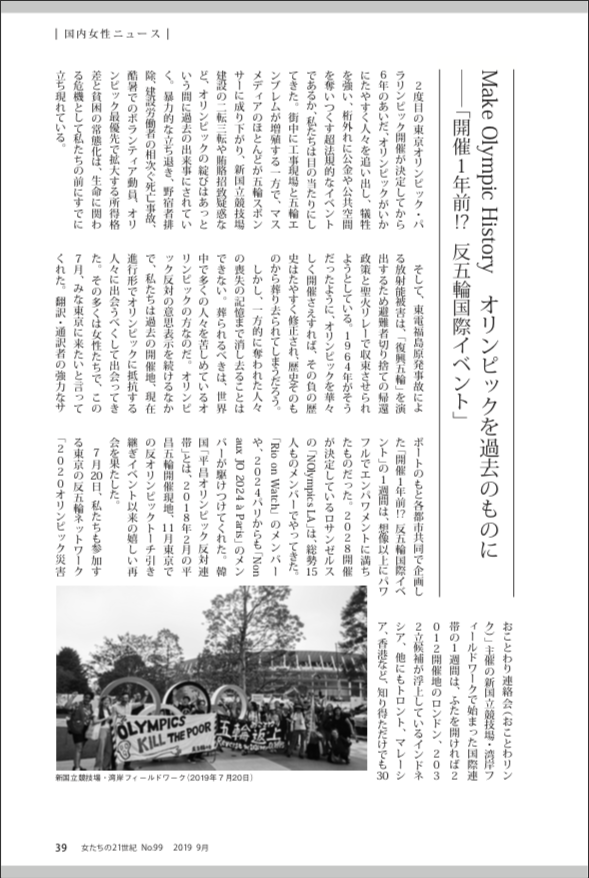 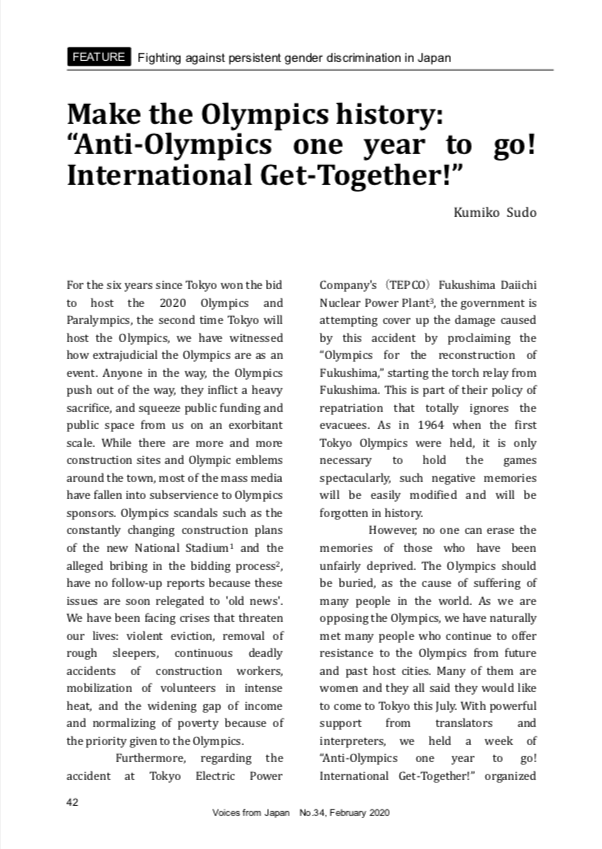 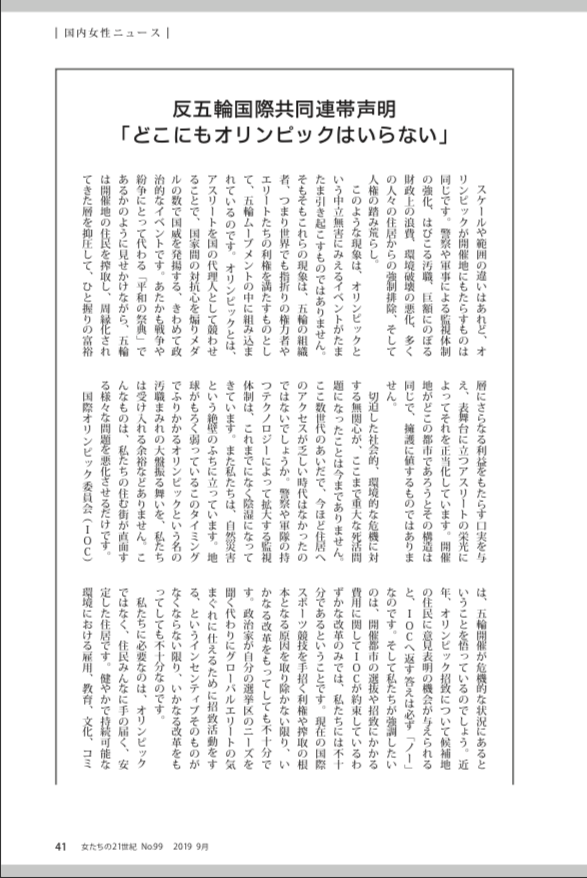 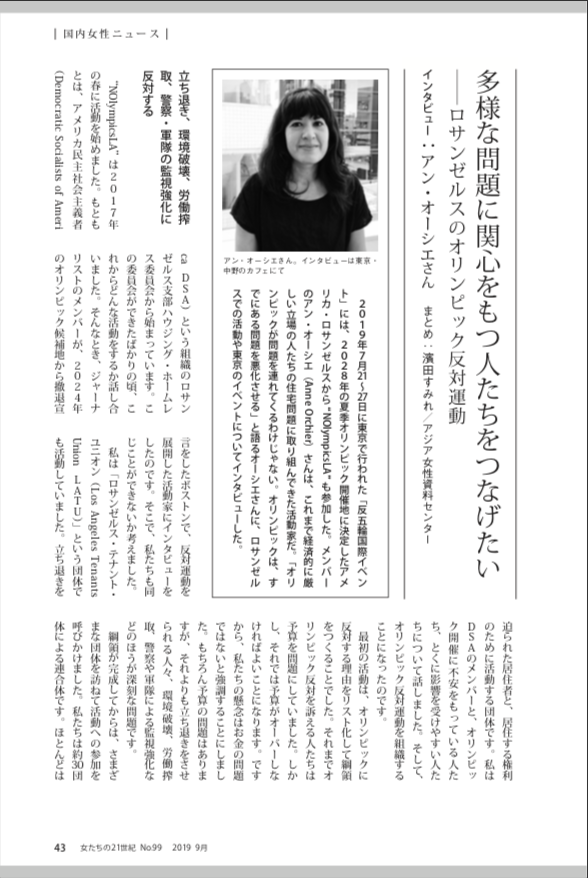