【Voices from Japan】No.34 Fighting against persistent gender discrimination in Japan 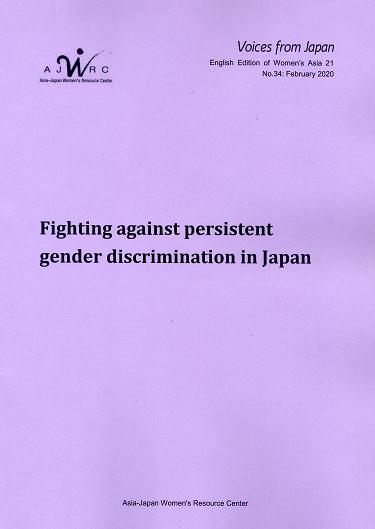 An assembly held one year after the sexual harassment case committed by the administrative vice minister of the Ministry of Finance: Calling for adoption of the International Labour Organization Convention by diverse victims in solidarity
Mieko Takenobu

The #KuToo (freedom of footwear) campaign: Stamping out sexist customs by focusing on shoes
Yumi Ishikawa

Unfreedom between freedom and sponsorship: The case of the
suspension of the Aichi Triennale 2019 exhibition
Yoko Shida